Why are digital nomads, writers and artists making a beeline for this central European city? Nomadlist.com recently ranked Budapest in the top 12 destinations for digital nomads, out of a whopping 487 places, making it one of the most talked-about spots in the information age psyche. Conde Nast Readers also voted Budapest their number two destination in 2014. Why? Budapest is more popular than ever because it has all the right ingredients – not to mention that it’s gob-smackingly beautiful.

But let’s drill down.

You have an appetite for discovery? A craving for stimulus? That’s where Budapest fits in. Writing this on a balcony as the city breeze kicks past, watching planes rise through the clouds, it’s easy to see why so many get hooked on Budapest during their first visit. The truth is, we’re already knee-deep into the information age, and we need cities to go with it. Whatever you want – opulent, edgy, artistic, down-to-earth – cosmopolitan Budapest delivers it. And it doesn’t remain a secret that lots of foreign people are buying classical apartments in the city. No wonder, then, that these 10 reasons why Budapest is a top digital nomad destination weren’t difficult to compile:

Transport hub. Served generously by airline after airline (especially the best value budget ones, Ryanair and Wizz Air, also EasyJet), you’re certainly directly connected to the world with Budapest’s Liszt Ferenc airport in easy reach. It’s only a 2½ hour flight to London or Paris. Not to mention the excellent breadth of overland travel options at your fingertips – such as 2 hour direct trains to Vienna, or 2½ hours to Bratislava, or around 5½ hours to Zagreb by coach or train. Many people travel by train or coach from neighbouring countries, such as Serbia and Croatia, to use Budapest’s airport because of its low-priced flight options and the sheer range of connections. And if you want to head out to somewhere like the far east, or Istanbul, you’ve already got a 2½ hour head start compared to if you set out from London or Paris. Istanbul is merely a 2 hour flight from Budapest.

Evocative atmosphere. There’s a real feeling of history in Budapest’s streets, weaving through a backdrop of magnificent buildings, grand scenery, a proliferating number of museums, and endless events brewing beyond the sweeping Danube river. There’s excitement in the air and the city is developing; but plenty of undeveloped character remains, leaving just the right touch of romance. All this is why many international filmmakers are now flocking to Budapest to shoot outdoor productions. Walking between the boulevards you can often stumble upon an impromptu film set. Budapest is Europe’s new Hollywood, and the street art projects now spreading through District VII, the Jewish Quarter, blend into this mix of activity with a colour-packed thump of fresh energy. In Budapest your senses will never become bored. The Hungarian language is also very beautiful. Simply hearing voices pass on the street adds an elegant spray of mystery to the city. 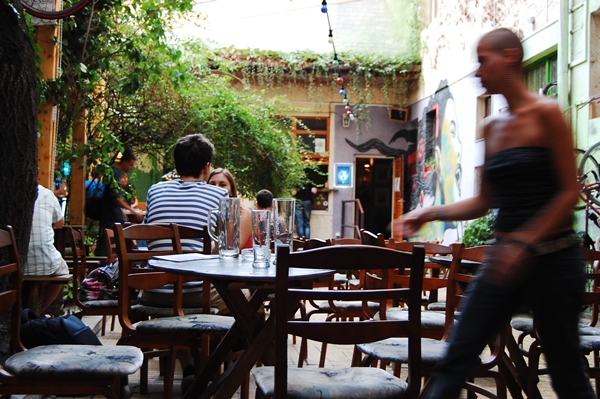 Lively international community. Budapest attracts an energetic crowd of international nomads and innovative minds; and being a big, well-respected university city there are always new waves of inspirational young Hungarians moving into the capital, as well as professionals from outlying regions. It’s therefore easy to meet kindred spirits and exchange ideas with an educated and increasingly multilingual population. There are loads of opportunities to connect with new people, including both social and networking events, many of which are free to attend; for example, through Meetup.com.

Buzzing nightlife. The fun begins with the huge choice of outrageous ruin pubs – social hubs that remain in a class of their own; thickly decorated courtyards that offer an effortless change of pace from the city outside. The bars of Budapest are dramatically different, each with their own spirit and uniquely suited to the unpolished glamour of the city’s own breed of energy.

Affordable property to rent and buy. Priced out of Western Europe? Want to stretch your purchasing power? Budapest is most probably the best EU capital for property affordability, especially considering the style of character apartments on offer – picture the charm of grand period buildings, circa 1900, now split into high-ceiling apartments with large internal doors. Property prices are certainly climbing due to an energetic demand, but still represent excellent value by EU capital city standards. For example, studio apartments in vibrant district VII can generally be bought from around 12 million HUF (27,000 GBP / 39,000 EUR / 41,500 USD – exchange rate November 2015). Compare that to similar apartments only 2 hours away in Vienna for at least three times the price, which many describe as a city lacking in atmosphere when compared to Budapest. If you’re intrigued by the idea of owning your own property in Budapest, download my ebook Buy Property in Budapest With Confidence: 100 Tips, which quickly teaches you how you can sensibly buy an apartment in Budapest before prices climb further. 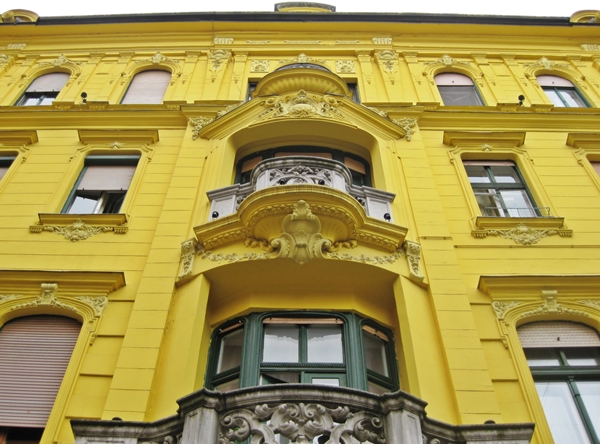 Accessible culture. Budapest is truly a cultural centre offering a good lifestyle without breaking the bank, compared with many other European cities. It’s entertainment galore, starting with a simple glass of wine in the Basilica square, then over to the restaurants and theatres that fill Budapest’s “Broadway” district around Liszt Ferenc Ter with its yellow and orange glow of graceful evening pleasures. As the sun dips the boulevards light up and the theatre-goers emerge in their understated finery, radiant with a nostalgic aura. Opera performances on the imposing Andrássy Avenue are regular, and with ticket prices starting from 400 HUF (0.90 GBP / 1.3 EUR / 1.4 USD) Budapest’s cultural life certainly breathes affordability.

Fast internet. A quick laptop check shows I’m zooming nicely on 54 Mbps while writing. According to nomadlist.com, Budapest offers the same internet speeds as you would find in London.

Favourable climate. Airport after airport-full of visitors are attracted regardless of the season, with intimate cafes, world-renowned spas, and irresistible Christmas markets make winter a special time in Budapest. Summer is long, dry and hot. Being inland, winters are crisp yet relatively dry. 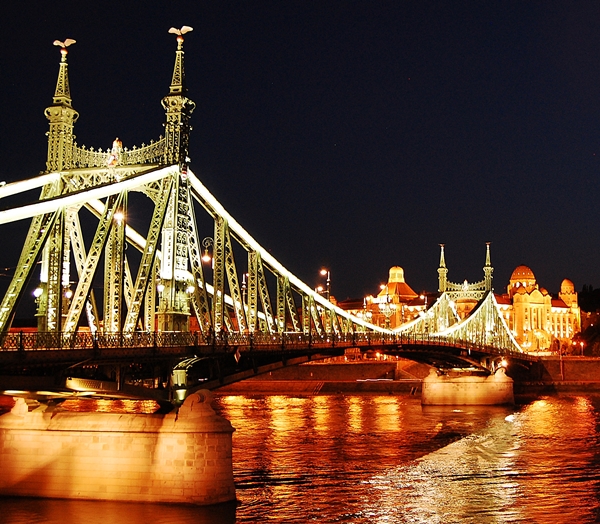 Jaw-dropping cafes. Beware – they’re addictive! These places will make you forget all about the Starbucks of the world. In Budapest you can afford to regularly refresh your experience and opt for the thinking person’s choice of coffee establishment. The various traditional cafes are steeped in over a century of literary history, featuring fabulous cakes, frescoed ceilings, and even the most expensive of cafes are not charging more than 900 HUF (2 GBP / 2.8 EUR / 3 USD) for a coffee. So forget dreams about The Ritz, switch to taking your clever coffee at the equally opulent Gerbeaud on Vörösmarty tér, before that well-loved stroll along the river to take in the glow of the UNESCO-listed Hungarian National Gallery and the Chain Bridge leading over to Buda.

Co-working spaces. If you don’t want to base yourself from a cafe or an apartment, then a growing number of these aspirational spaces are proliferating in the city. Monthly co-working space fees start from around 25,000 HUF (56 GBP / 80 EUR / 86 USD) including the use of their wifi, scan, and fax facilities. Whether you use them or not, the availability of shared working spaces is a positive confirmation that an innovative population is inhabiting a city. Seeing these facilities pop up in a street near you is a new must have. The Officespotting site alone currently lists 17 different co-working spaces in Budapest, one of which is Loffice, boasting its own striking mix of industrial and contemporary art styling. Spaces such as these also serve perfectly as occasional meeting venues, as they can be rented flexibly by the hour, half day, or day.

This is what all the fuss is about Budapest!

And now you can imagine why there are many who get their first hit of Budapest, like a love at first sight, and don’t recover from the shock. So why not think about taking a trip and joining them. What are you waiting for? 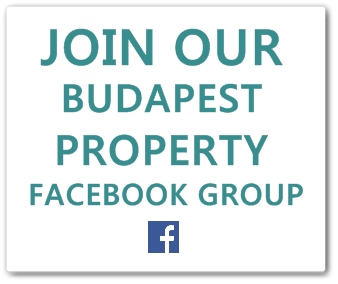 The Answers You’ve Always Wanted, in One Book that Keeps You Ahead of the Game: 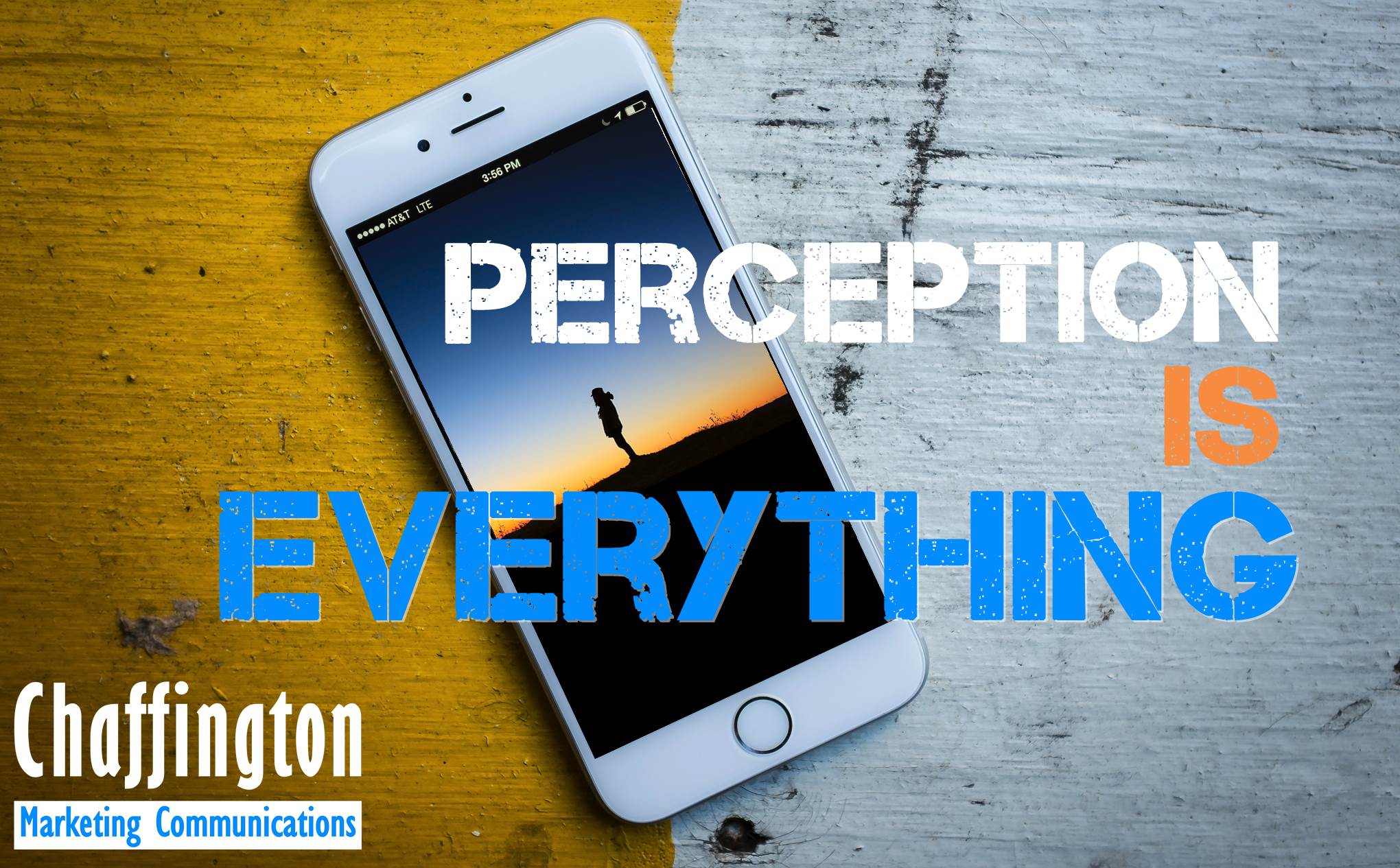